🧐📜 THE GUF, THE HALL OF UNBORN SOULS AND THE SABOTAGE OF THE APOCALYPSE 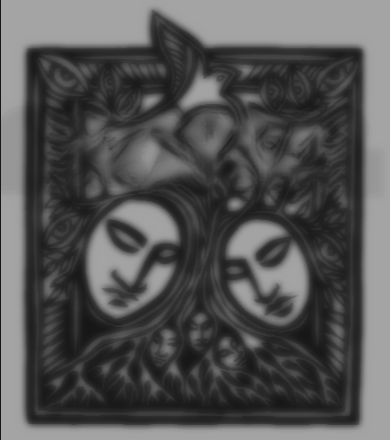 ESOTERISM. There is a limited number of souls that will be born into this world. This is a rabbinical teaching that opposes the idea that God creates each soul at the moment of conception of a new human being. It is a belief of Jewish mysticism that is recorded in passages of the Book of Zohar and in volumes of the Talmud (collection of Rabbis' commentaries on the Torah).
"The souls of all those who are not yet born are kept in the Guf, the Treasure of Souls" (SCHWARTZ, 2006 - p 166). In this place called Guf or Chamber of Creation, each soul waits its turn to live on Earth. This limited number of souls would have been created on the sixth day of Genesis.

When the time comes to "descend" to this plane of existence, Archangel Gabriel puts his hand on the "Treasury" and takes from there the first soul he touches. This soul is handed over to an angel assigned to accompany it on the journey of incarnation.
When a woman is about to give birth, a sparrow appears near her mother's house and sings. It is a sign that it is close to the time of birth.
Guf is located in the highest of the Heavens - also called Aravot (referring to the Tree of Life, (from Hebrew ערבה) identified as a willow or a celestial region.
The Guf is close to the Throne of Glory. In Aravot, there are many other divine treasures guarded by angels: treasure of rains, clouds, ice and snow, peace, blessings and the treasure of dew - moisture, the latter used by God to raise the dead. In Guf, a dazzling light emanates from the numerous souls that rest waiting for the time to be born.
They are immaculate souls, uncorrupted by existence in this world. Some of them have the modest glow of a candle flame, others shine like a torch, and some are as bright as the sun.
As soon as the soul leaves the Guf, the Hall of Souls, it loses its heavenly robes and enters the unborn child's flesh and blood body.
There is no consensus among Talmudic writings as to the number of souls housed in the Guf: some say that the Hall contains an infinite number of them; others claim that this number is finite, determined, and that the Messiah will only come into the world when the Guf is completely empty.
There is also a belief that since the day the Second Temple in Jerusalem was destroyed no souls were created in the Guf (contrary to the theory of simultaneous creation) and when all those who remain there, once  removed for the carnal experience, when the hall be empty, the Messiah will come. This coming, however, will not be for the establishment of a kingdom of earthly peace, but for the destruction of Humanity.
When the last soul descends to the earth plane, the first child born after this event will be a soulless creature and therefore stillborn. At that day, the sparrows will no longer sing. It will be the eschatological sign, and everyone will know that the End of the World has begun.
Based on this belief, it is possible to suppose, in hypothesis, the existence of a plan, on the part of some Satanists that aim to avoid the End Times or the prophecies of the Book of Revelation, carrying out actions that aim to prevent the birth of babies so that the Hall of Souls is never empty. Among these actions are the encouragement of interruption of pregnancy and the mass sterilization of peoples of all nations. 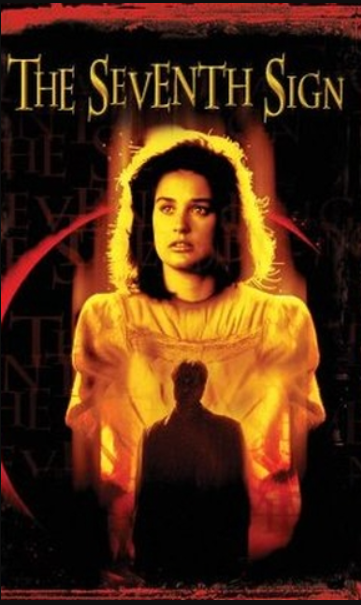 Finally, for the most curious, there is a movie whose plot is based on this Talmudic tradition (which is not Jewish, it is Babylonic). It is THE SEVENTH SIGN, 1988, directed by Carl Schultz.
SOURCES
SCHWARTZ, Howard. Tree of Souls: The Mythology of Judaism.
Oxford University Press, 2006
in GOOGLE BOOKS.
https://www.google.com.br/books/edition/Tree_of_Souls/5psRDAAAQBAJ?hl=pt-BR&gbpv=0
The Seventh Sign
https://en.wikipedia.org/wiki/The_Seventh_Sign
Postado por SOFA DA SALA REVISTA às 11:31 AM