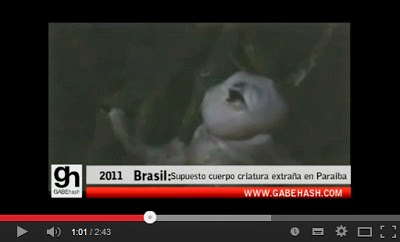 BRAZIL. PARAIBA state, NORTHEAST REGION. JUNE, 2011. In the rural zone of the of Lagoa Seca city, a youth group that was hunting the evening found, amid bushes and trees, a strange organic humanoid being. Its appearance is deformed; It is monstrous, though it has the basic structure of a bipedal mammal - head, torso and limbs. The clear skin has an appearance wet, slimy . Could be the result of a bizarre pregnancy that failed or was rejected. 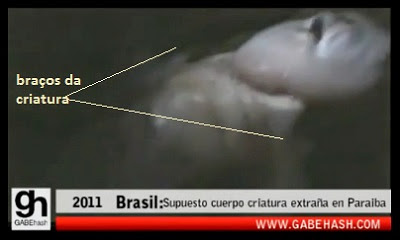 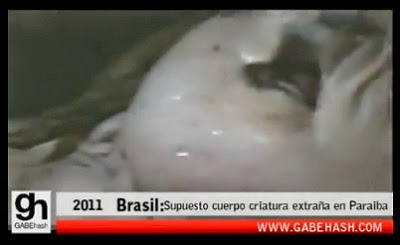 The youths already have found the creature dead, with signs of trauma and serious injuries. While filming the finding one of them observes that can to distinguish the lesions and also the spine (of a biped, as can be seen in the video).

Besides the legs, atrophied, upper limbs, which would be the arms, on the back,it had not developed appendices the could be wings. One of the guys, referring to bodily injuries, speculates: I think he fell from sky.