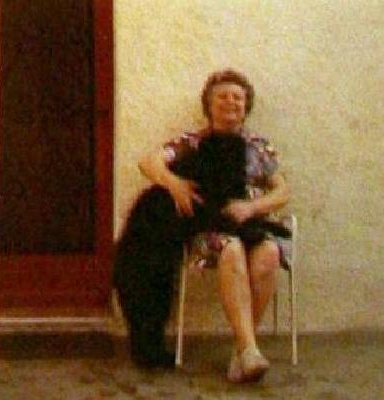 It happened on April 10, 1952. In Nimes, at the time, a small town in the south of France, Rose C... (Roselyne Colle) 24 years old, left her children with her parents and went on a short excursion.
She would go to an old family home, an abandoned house in the Mediterranean savanna landscape, full of rock formations and small trees, lost in the middle of nowhere.
She intended to retrieve an old woolen stuffing that was there, which would now come in handy. She was well-accompanied with two dogs, an idea in case she was surprised by thugs prowling the area.
The place, somewhat distant, advised Rose to sleep there so she wouldn't get caught in the twilight on her way back. And she slept. However, in the middle of the night, she woke up to the intermittent barking of the dogs.
She then armed herself with a staff that was found there, just in case. She also carried a flashlight. She thought it was rabbits attracting the dogs' interest, but when she left the house, she came across a man lurking. Beeing uncovered, he gave a very strange explanation, to say the least: he was there guiding two curious interstellar tourists.
Rose didn't understand and started to feel very afraid. At this moment, she was grabbed from behind and suspended by the neck and saw that her captor was wearing a bizarre green suit that resembled a wetsuit. He looked to be about 60 years old, extremely tall, about 2.5 meters tall, and his huge hand easily gripped the young woman's neck.
The intruder explained that this giant, her traveling companion, was as afraid of her as she was of him. But there was no need to fear, they were just there to get books. His objective was only to study the evolution of this curious species that are human beings. 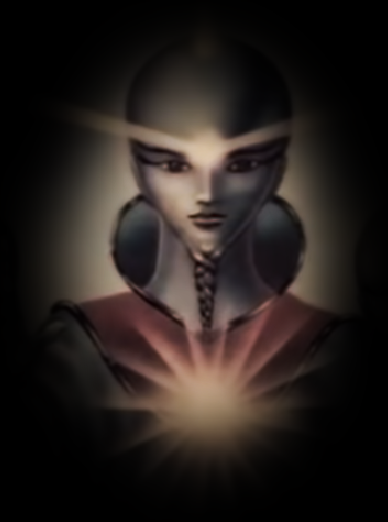 She couldn't believe it. Then a third humanoid appeared, a little shorter but with the attitude of the leader of the group. On his forehead was a shiny object, like a jewel; and as if to prove the veracity of the explanations, he floated it, and did the same with some stones.
One of the stones was thrown violently against the door of the house, but stopped before the impact and dematerialized, falling through the air, harmless. At this time, she saw, levitating a few meters from her, a possible steel structure, a cylindrical ship. She no longer had any doubts: she was facing extraterrestrials.
She could barely speak: she could only babble for an explanation. The one who looked human then said he had been abducted, at age 25, by aliens. Since then, twenty years have passed and he hasn't aged a single day.
Visitors also explained that they had been observing how far the men could go in their destructive march after the bombs in Japan and talked about Hiroshima and Nagasaki.
And they said more: several ages ago, aliens chose Earth to serve as an exile, a kind of isolation place where they sent their most criminal individuals.
Here, on this planet, the marginals were left to their own devices, they had to take care of themselves without any technological resources. Its development, or rather - its involution, after a long time, resulted in the human species that inhabited the planet in those days.
As if that weren't enough, there would be other surprising revelations: the Moon, in fact, was a satellite built by the giants and placed by them, in space, in Earth's orbit with a real objective: surveillance. According to extraterrestrial monitoring, every 12,000 years the Earth suffered a cataclysm caused by the stupidity of men.
Rose was perplexed. Finally, the man who acted as a sort of guide or ambassador from the other world offered the girl the opportunity to set out with them on their journey back to their home planet.
The invitation was tempting, but Rose thought in her children, parents, and friends: immediately the visitors showed that they also possessed telepathic abilities.
She stayed. They are gone. The next morning Rose woke up wishing it had all been just a bad dream. But the things before her eyes said the opposite. In the library, the shelves were empty. All the books had gone. 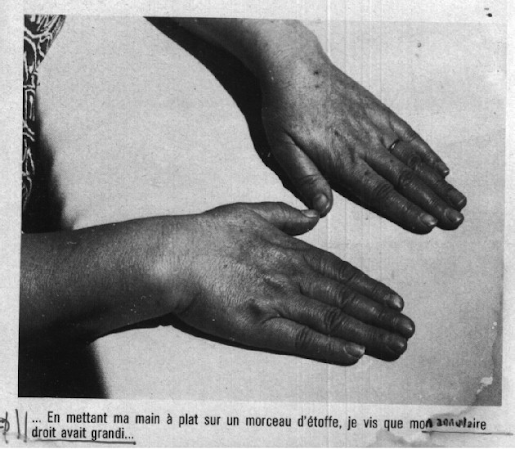 The dogs, with their tails between their legs and their ears down, seemed frozen near where the spaceship had been parked.
Finally, looking at her own hands, she realized with horror that physical contact with the extraterrestrials had left a mark: one of her fingers, the ring finger, had grown, a fact that she recorded in a photograph taken shortly after the unusual incident. 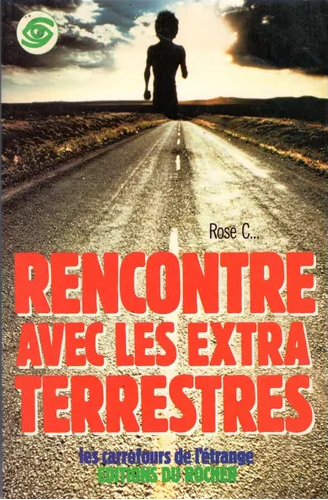