The mysterious pyramid of Bolivian Amazon 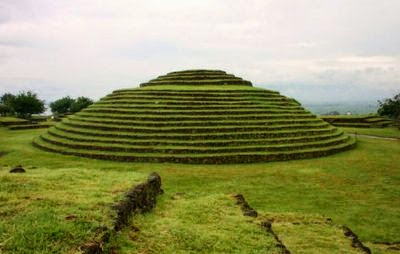 BOLIVIA. Bolivian Amazon. Hidden in a clearing in the forest, in the Bolivian Amazon, archaeologists discovered an amazing, circular - a three levels structure. Its base, having 180 meters of diameter and its height stands up around 14 meters. It is a pyramid.

The pyramid is located in the vicinity of the city of Mairana (province of Florida, Santa Cruz department), near 'el Fuerte de Samaipata.

According to the coordinator of the team, that consists in six Bolivian archaeologists  from the Archaeological Proyecto de la Gobernación Santa Cruz, Danilo Drakit, the building has at least 2000 years old.

With base diameter measuring 180 meters and a height around 14 meters, the building also has five entries. The main entrance is faces south.

As in other cases of colossal and mysterious pre-Columbian ruins, the material used to build the pyramid of the Bolivian forest, does not belong to the region and the pottery found on the site belongs to an Amazonian culture dating back 2000 years. (One criterion for determine the age of the pyramid).

Drakit commented: This is not a pyramid made of stone. It is a small hill that was crafted, modeled and structured with retaining walls to be a staggered circular pyramid. So far, this is a unique building in Bolivia.

He added that at the end of 2015 much of the pyramid will be visible, with the completion of the excavation. The topography where lies the city of Marana (reference to pyramid location) is characterized by mountains surrounding valleys and plains.