The mysterious creature from the Sakhalinthe island 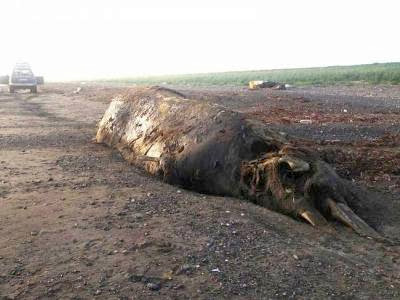 RÚSSIA. AUG 13, 2013. In the south of Sakhalinthe island - Korsakov district, the carcass of an unknown animal was found, thrown, on the Nenaezzhennaya road, along the beach.

The first person that saw the corpse was a local resident, Zoya Denisova (or Zoe) - who made the photos and posted them in a social net.

The island residents stand curious and began speculate about what's that thing , never seen before. Scientists are trying to indentify the creature what means they also don't recognized the specie.

Zoe Denisov told: she was driving, returning from vacation and decided to go  by the road of seaside. When she saw the beast, it was already semi-decomposed. 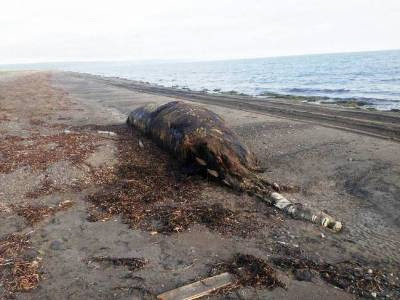 Carcasses of  killer whales , seals, often appear at shores of Sakhalin. It  is not uncommon - the Pacific Ocean and the Sea of ​​Okhotsk is very rich in the most diverse species of wildlife. But this animal is a surprise. Even the experts were  stumped with its appearance.

Without doubt, it is a weird being, covered with hair, with its seven meters of lenght,  bones sticking out of his head, tusks and  a long tail not present in any marine animal.