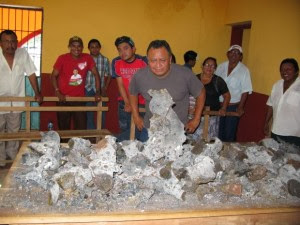 They were designated to analyze the fragments of the sky fallen object and were rescued by the community.

Were around 12 researchers that arrived. They toured the crash site - where they took some measures, made records and have collected samples of materials, reports the municipal commissioner, Floro Coyoc Pech.Coyoc Pech talked about the conclusions obtained with this first appreciation of the case:

They (the experts) explained us that there would be danger to people who had contact with the fragments because they aren't radioactive.

Now we knowing it's safe, we decided to continue digging the site of impact, because we can find, maybe, more fragments.

Coyoc Pech said, yet, that researchers confirmed that the fragments are not the result of an electrical problem, as have said employees of the Comisión Federal de Electricidad (CFE - Federal Commission of Electricity). It was verified that what hit the community is, in deed, something that came from sky. 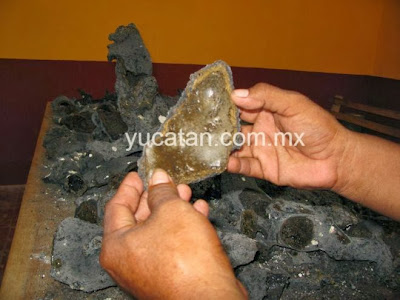 None of the fragments was identified. They claimed they had never seen anything like this and therefore, will be need to realize analyses more accurate

The results must be known in four days and the orientation is don't allow more people have access to the fragments.