Archaeologists Found the Oldest Package of Marijuana of History 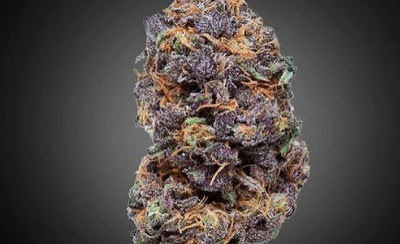 A "berlota" - a raceme, bunch from the marijuana's package found in the tomb of the shaman.

CHINA. The oldest package of marijuana of the world  - "berlotas", bunches - totaling 789 grams - was found in a tomb in Turpan,  China's northwest, buried next to a shaman.

(Today, at Brasil, usually a decent minimal amount to buy is of 50 grams and berlotas is the local name to call the bunches).

The researchers of the Journal of Experimental Botany - that informed the reportage - they ensure that the batch has over 2 thousands and 700 years and its good conservation condition is due to alkaline soil and the low level of humidity in the tomb. 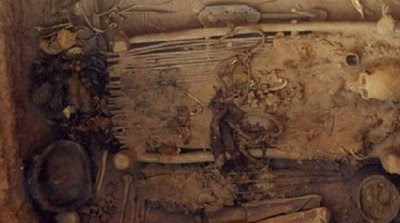 The tomb of the chinese shaman where was found the oldest package of marijuana of history.

It is speculated that the "tea", the "herb" has been placed in the tomb for use in future life beyond the grave. The neurologist Ethan B. Russo explained:

It was a common practice in burials (in whole Ancient world): to deposit (in the graves) objects and provisions (of all kinds) that - (supposedly) - will be needed to the disembodied in another world (or another dimension of life).

It remains to zealous researchers make all laboratory tests required for discover if this marijuana, after so much time saved - still retains its principles actives.

Not will be too much to imagine that, a devoted a scientist will expose himself of the risk of even personally experience the material,  burning a cigarette of this historic ganja  to confirm its potential narcotic. After all, at 789 grams - who will notice the lack of a thin?

THIS NEWS IN PORTUGUESE
http://sofadasala-noticias.blogspot.com.br/2013/05/arqueologos-encontram-parada-de-maconha.html