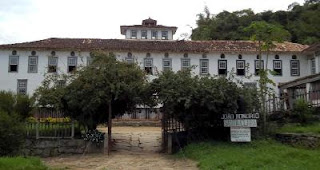 RIO DE JANEIRO state, BRAZIL. At the city of Sapucaia, in the district of Anta - rural zone, in a place known like Amarelo, a strange phenomenon is scaring the population.

Knives that fly dangerously over who is approaching, chairs that change place, bricks that break alone, disturbances of metaphysical nature happen in Santa Rita farm, located nearby a cemetery. Residents have already fled the place after suffering injuries. They fear for further violent manifestations.

The persons believe that a poltergeist or spirits are causing the events and are related with the cemetery but the administrator of the farm, Sebastiao Abadias, claims that this cemetery exist there almost a hundred of years and never similar facts were registered.

Earlier this week (between days 17 and 23 of this month, February - 2013), a group of catholic monks decided to expel the 'spirits' from the house, but the attempt was foiled and all left the place hurriedly. The administrator of the property, tells that the phenomenons began with the happening of strange things when, nothing or no one was present on site.

Abadias even says that his parents, who have older age, were taken to another house after his mother was injured by a knife that flew in direction to her.


In the opinion of the former Franciscan friar Paul Medina, currently professor of philosophy, the events in the house of the Santa Rita farm may be the result of the action of wandering spirits who need prayers.

But for the Catholic church this explanation is controversial since that Catholicism, officially, rejects spiritualistic phenomena. For other side, manifestations of the kind poltergeist are accepted and investigated by the Church. However, despite the evidence, the local diocese doesn't showed interested in the phenomena

The Weird Case of the car that disappeared on Road 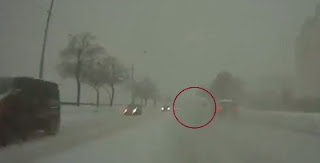 RUSSIA. At a road in Russia a strange occurrence was filmed amid traffic. During a heavy snowfall a car simply disappears, as if he had dematerialized into the air.

The images were taken from the vehicle that stood came immediately behind of the car in question. Despite the doubts of many who saw the video, the sequence is at least intriguing and some observers note that in addition to disappear without explanation plausible, on the track, the marks of tires  also disappear from the moment the way the car is undone in a matter of few seconds. 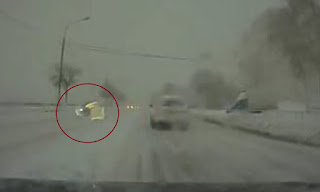 Another point that goes almost without be perceived is the emergence of a strange formation of light left lane (between the seconds nine-ten  of the sequence), beside the vehicle just before the disappearance. Moreover, the mass of white mist does not reachs the other cars that are on the road. 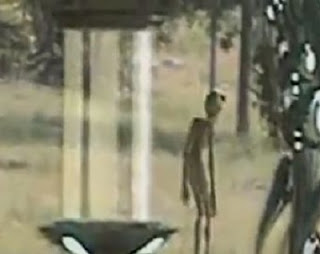 CHINA. In the city of Fuxin, Liaoning province, at the end of year 2012, in broad daylight, in the National Forest Park, some citizens witnessed and filmed the landing of an Unidentified Flying Object and also the disembarkation of an alien. Although to be amateurs - the images are clear.

The strange being, which left the vehicle using a sort of elevator was extremely tall and thin. Youngsters who filmed the episode and prefer to remain in anonymity, when perceived that the creature had seen them fled terrified.