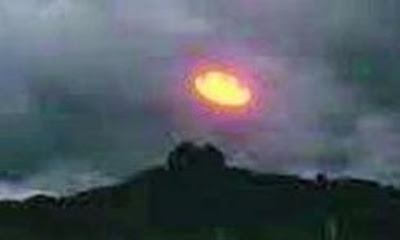 The complete number is in the page source of the news. (This citizen is risking receive many pranks by phone publishing his number. We know, how says the Brazilian singer and composer Gilberto Gil: A raça humana é, uma semana, do trabalho de Deus... OR The human race is only a week day of the god's job).

ITALY. On Friday, August 31 (2012) Gonars, a small municipality (or county) of the Italian province of Udine, an unidentified flying object was seen in the night sky flying in the lowlands (La Bassa of Gonars), fast and quiet.

The citizen, Giancarlo Píu - tells: on Friday, 20:30 hours - I was in the backyard to see the coming of a storm when a ball appeared in the sky orange, very bright.

Giancarlo caught the attention of family members and they gone observe the object. One of them achieved capture an image with the camera of a mobile phone. 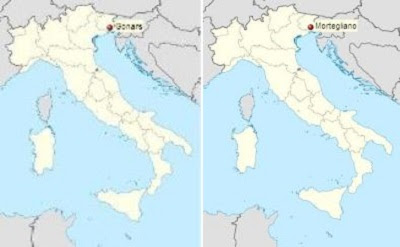 The path of the UFO, the Gonars to Mortegliano, province of Udine - Italy. The easy access to photograph and filming equipment enable more frequent records of strange phenomena worldwide.

He describes: The ball changed colors, from orange, yellow and red. She kept track nor smoke. It was too fast to be a plane, a satellite paraser estavabaixo too and if a meteor had fallen. It had flashing lights and was moving. Came from the south and going in a northwesterly direction, towards Mortegliano (another small town in the same region).