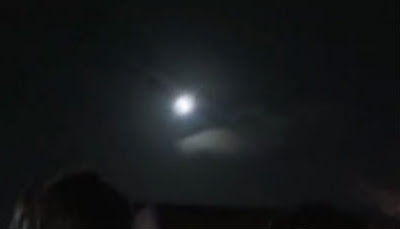 Astronomers believe that the blaze or flash was caused by the fall of part of a satellite.
Photo / TV Pajuçara, state of Alagoas.
IN YOUTUBE, posted in 24/09/2012. [http://youtu.be/_Fz_paaGCmc]

BRAZIL, northeast region. Saturday, september 22 (2012). At two states of the northeast region of Brazil, Pernambuco and Alagoas (states), a strong glare, a sphere of white light, crossed the sky and fell into the sea, scaring the population. 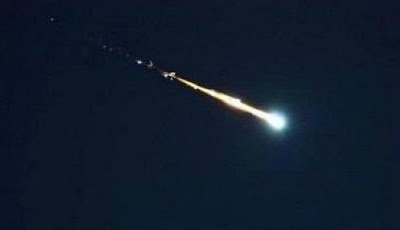 The photos are published in the internet. Some thank that the object was an UFO; other, a meteorite but, this monday, astronomers of the Observatório Astronômico da Sé (city of Olinda, Pernambuco state), belive that the sphere was, in treu, a satellite.

The scientist of the Observatory, Alexandre Evangelista says: Despite the observations, it is important to say that we only can know what it was when we find the object for an exam.

Even with the uncertainties, analyzing brightness, astronomers have concluded the object is metallic, probably composed of iron and nickel. Moreover, because of the distance traveled, they realized that it came from hundreds of miles of high and that it was huge.

The astronomer and mathematician, Antonio Carlos Miranda, did researchs along with other experts of the matter and also believes there is a good chance of object be part of a satellite. The scientist tries to query the Brazilian Space Agency to find out if there were records of this type of episodes.

Parts of satellites falling as meteorites is common. There is much spatial junk and leftover materials which, sometimes, are attracted by gravity, explains Miranda. These objects do not usually cause damage because they generally fall in the oceans. In the case of asteroids, often disintegrate upon entering the atmosphere.

The object that caused the event that was saw in Pernambuco, Alagoas and even at the state of Minas Gerais probably caused no damage. If it was a meteorite, the likely size and weight could cause a great impact and how he fell into the sea, a waves increase," said the astronomer, who believes that a satellite would have less mass and therefore would result in minor damages (MIRANDA).

Recently, on September 21 (2012), not just a satellite or piece of space junk fell to Earth. A rain ofthese debris occurred in the UK:

Around 20 orange objects appear the night sky of UK at speeds in excess of 18,000 miles an hour... The bright lights were seen streaking through the sky in the North of England, Northern Ireland and Scotland. They were seen as far as the Shetland Islands in Scotland as well as in Wales and Norfolk in East Anglia. Many people in Manchester, Leeds and Blackpool have also been busy posting pictures of last night's event.(SHEAD,2012) 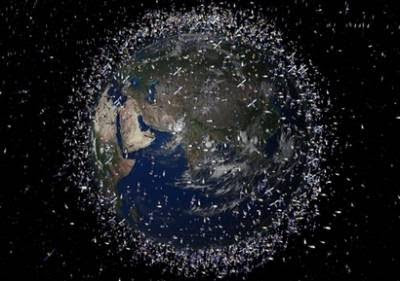 The matter of the space junk already was theme of discussions in 2009, when the collision of two satellites on  Feb. 10 (2009) in the quadrant of the sky in Siberia was considered a catastrophic event because because the scattered fragments in Earth orbit formed a kind of shield of trash and the concentration of  debris was considered a potentially, a danger. The orbit of the Earth seems a polluted beach!