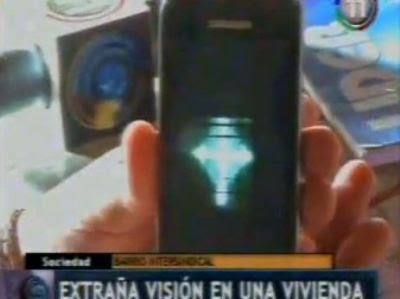 The occurrence appeared in a program of journalism of TV of the network "Informate Salta". The video was posted in the YOUTUBE in 03/08/2012. [http://youtu.be/OlhIss_6vP8]

ARGENTINA. On the night of July 31 (2012), a family, residing in the neighborhood Intersindical, in the city of Salta (one of the most important in the Northwest region of the country) - was surprised by the strange apparition of a luminous cross that projected on the glass a door of the house. The image was recorded by a phone camera. 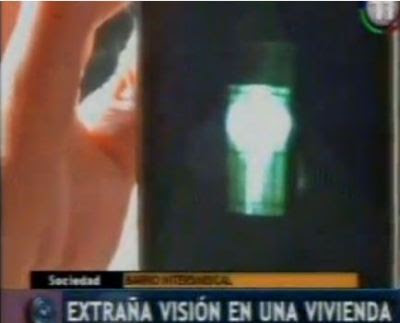 In the moment of the register, that was made ​​for other purposes, nothing has been perceived. Only after checking the result, the phenomenon was discovered. The cross, which at the beginning of the sequence, appears well defined, gradually changes shape to become the image of something like a mushroom or the silhouette of the head and neck of a humanoid being.