Nibiru & The End of the World in Spiritist Doctrine: Separating the Tares from the Wheat 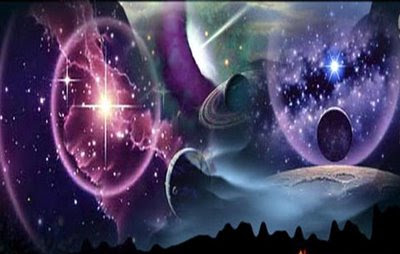 NIBIRU/BRAZILIAN SPIRITISM. The end of the world ─ end of this civilization ─ according to the spiritist doctrine, has as central ideia on the occurence of ​​a global catastrophe that will be caused by the arising of an apocalyptic planet. An giant orb, much larger than Earth.

The difference amid the spiritualist thinking and others, which are based on data astrophysicists, is that the fatality is attributed to a divine plan, a karmic determination. A classic work of Spiritist literature: Os Exilados da Capela (Brazil. Edgard Armond, 1894-1982. The Exiles of Chapel, 1949 - being that "Chapel" is the name of another planet), describes the situation:

Periodically, the humanity reaches a moment, a situation in which, a purification process is necessary. These periods are always preceded by a planetary purge... We are now [since 1950], living a period like this, again, and the higher spiritual planes, the divine court already was stablished. Their work is to promote the separation of the well from the evil, among the compatible and incompatible because is arrived the hour in which new conditions of life shall reign on the Earth in a future that is too near.

The purge already began and it will be consummated with the interference of this planet that is 3,200 times larger than Earth [including in this dimension its ethereal aura]. Now, this purgatory planet is very close. It is approaching - quickly - and their influence is already being experienced by the earthlings.

Because its orbit is oblique in relation to the axis of the Earth, when it arrives even more closer, by its magnetic force, its capacity of attraction of the masses, will promote the verticalization of the Earthly axis with all the terrible consequences that this phenomenon can to produce.

This purgatory planet will suck from the Earth's aura... all the souls that have affinities of character with it, all that are in the same low level of vibration.

Nobody in this conditions will resist to the tremendous force of its magnetic vitality; be from the earthly crust, be from the Darkness sublunar zone, the called Umbral (or as in the Bible, The Death Valley, where remain the disembodied spirits tormented by their sins) - none of these spirits will find salvation, none of them will escape from the tremendous attraction and they will be captured by this planet of the karmic fatality.

With the verticalization of the Earth axis, deep changes will occur - geological, climatic, environmental.Tsunamis, earthquakes, sinking of lands; the arising of other lands that today are submerged, volcanic eruptions, floods and thawing of glaciers. Fire and ashes, terror and death will be at everywhere.

The Humanity - nowadays smashed with the ills of overpopulation, will tend to decrease with the revolutions of the nature. Many will die. At the final moment of the purge, only a third of mankind will be still incarnate. Only a third of living persons. Billions of souls, beings distressed, frightened, they will suffer the deadly action of the cosmic giant.

Thus, according the spiritists, the great disaster will be - therefore - the consequence of the iniquities practiced by humanity. The purgatory planet, will be a kind of agent of cleansing of the earthly aura.

In its passage, causing the death or disincarnation of two thirds of the world population, this planet will be removing from the earth all the spirits who not evolved enough to continue to inhabit the earth which, in this historical moment, is in a transition stage.

This globe, which so far has been a Valley of Tears, a planet of atonement, redemption of heavy karmas, is poised to become a planet of regeneration, one step that precedes the final stage, in future, when the Earth, finally - will be a place of happiness. 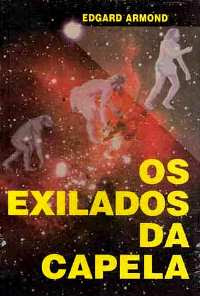