The Tomb of St. Philip 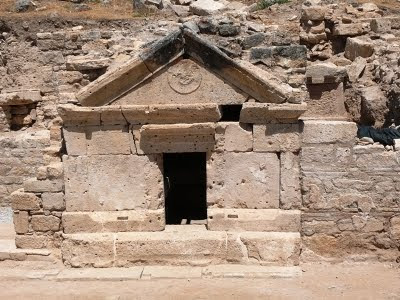 Tomb of the Christian apostle St. Philip, erected in Hierapolis,
Turkey's interior. The construction is located in a Byzantine church.
TURKEY | ITALY. Lecce (province and city). For more than two thousand years, the location of the tomb of the apostle Philip in Turkey was only a legendary tradition. Now, it is a fact proven by archaeologists from the University of Salento. The finding is the result of a long process of historical research. In the Turkish city of Hierapolis, on the slopes of the mountains that rise up near the village of Pamukkale - Turkey the tomb of Philip, one of the twelve apostles of Jesus Christ, martyred in 80 AD was found. 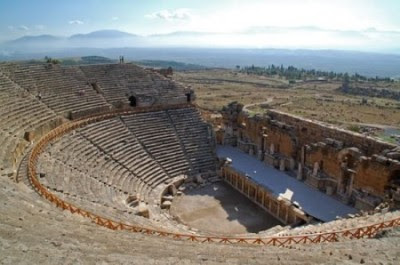 The archaeological expedition led by Professor Francesco D'Andria confirmed the authenticity of the monument located in the ruins of a fifth century Byzantine church that was built to house the tomb. The excavations were conducted by an international team formed by Italians, Germans, French and Norwegian. The same location, was scenery of the apostle's death.
According the director of graduate studies in archeology at the University of Salento (Ateneo Salentino) geophysical technologies were used to identify certain cavities in the structure of the church. It was found that a second and unknown church, had been built around a Roman tomb of the first century. Several factors allowed us to identify this second church that - by the traditional knowledge, housed the tomb of the apostle. [trans. Lygia Cabus]
SOURCE: Spedizione archeologica, i leccesi confermano: "la tomba è dell'apostolo"
lecce Prima, published IN 06/02/2012
[http://www.lecceprima.it/cronaca/tomba-san-filippo-turchia-6-febbraio-2012.html]