In danger of disappear: The rock engravings of the Madeira River 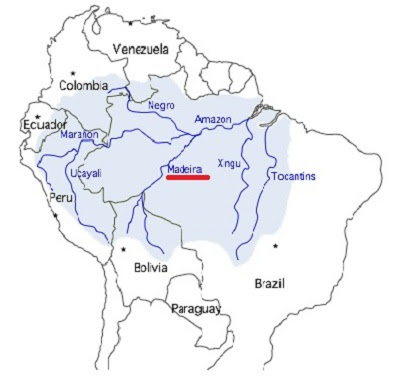 BRAZIL. At brazilian amazonian, when the level of waters the Madeira River low - in the dry season, is possible to see ancient drawings engraved in stone. The forms reveal geometric shapes or animals. These pictures may have been made for thousands of years by people who lived in the Amazon and of who little is known about their habits and lifestyle. 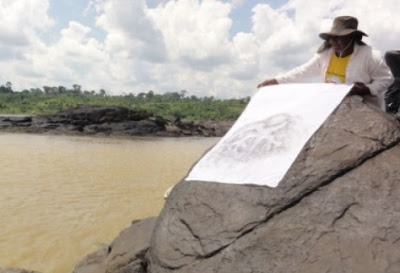 Photos: Michelle M. Tizuka/Santo Antonio Energia
There are five areas with extensive rock formations where these rock carvings appear. In the rainy season. near the city of Porto Velho (capital of Rondonia' state) the river hide the images. Now, scholars of history, archaelogists and anthropologists are faced a serious problem: with the project of a dam on the river, the hydroelectric power plant of Santo Antonio, this important trace of human presence will be permanently submerged.
Thinking in this problem, the Santo Antonio Energy, responsible for the build of the plant, hired two companies specializing in archeology to preserve the memory these drawings. The companies are using 3D technology to scan the prints. The equipment that can record drawings with high precision and quality. In total, more than 2000 images were collected.
After make the digital record, the researchers will reconstruct the rock extensions on virtual models, so that the stones. By this way, the images will be studied in laboratory and associated with occupations of the archaeological sites located on the river region. With work, scientists will have conditions understand how these people lived and determine the age of the drawings. Some of them date back over 7000 years, according scholars. 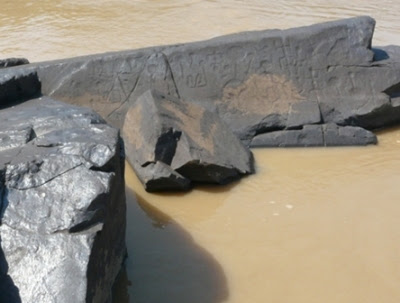 The archaeological rescue is one of the constraints imposed by IBAMA (Instituto Brasileiro do Meio Ambiente - Brazilian Institute of Enviroment) for the build of the energy plant and to the begin of the operations. Meanwhile, the works for the preservation the archaeological patrimony is in course.
However, the project has received many critics. Santo Antonio, as well as the Jirau energy plant - also located on the Madeira River, are facing the charge that these kind of iniciative is one more factor that increase the deforestation of the Amazon. The government is also criticized for the lack of policies of population control,a problem that will results of the instalation of the new plants that, certainly, will generate serious social questions in the city of Porto Velho. Because, as we know, governments are always late. Let's meditate.
SOURCE: CALIXTO, Bruno. Pesquisadores registram gravuras rupestres do Rio Madeira.
Época, published in 29/02/2011
http://colunas.revistaepoca.globo.com/planeta/2012/02/29/pesquisadores-registram-gravuras-rupestres-do-rio-madeira/